A workman loads items being moved from the Montego Bay Animal Haven’s former location in Orange Street, St James, to its property in New Milns, Hanover.

It has now consolidated operations at The Haven on property it owns in New Milns, Hanover. Now they are hoping to get word of their move out to people who often leave needy animals at their St James location, dubbed The Farm.

While packing up at The Farm, they found two puppies at the gate.

“When will it end? Now we’re worried sick… because the area is so remote,” MBAH said in a post on its Instagram page. “What if others ‘drop’ puppies, kittens, cows… who knows, up there? So you know we will have to make regular trips back there just in case.”

In an interview with the Jamaica Observer on Wednesday, MBAH Managing Director Jackie Sangster explained that the decision to close The Farm was based on a combination of factors. One major reason for the move was the planned sale of the St James property they had used for the past four years.

“That was a lease arrangement and apparently it’s now being sold, so we moved to the land that we own which is the one in New Milns,” said Sangster.

In addition to helping the non-profit organisation save money, the streamlining of operations is expected to result in greater efficiencies. Most of the more than 170 animals in its care were already at The Haven.

“It just didn’t make sense for us to stretch our resources as thinly as we were. We just wanted to consolidate and make it a bigger and better place,” Sangster said.

Last Saturday they moved 14 animals, water tanks, fencing and other items to their 23-acre Hanover property. On Wednesday there were still a few items left to move. It has been difficult at times.

“Some of our challenges were trying to find a truck to carry all of the water tanks and the materials and the fencing and stuff, because it’s not easy. Thankfully, through the generosity of some of our friends and followers, we were able to get the loan of a vehicle,” Sangster explained.

Once they have settled in at The Haven, the MBAH team will renew efforts to make hiking with the hooligans — a term of endearment for their dogs — a tourism attraction that will generate much-needed revenue.

“We really want to open back up the hike trail to the tourists and make it more of an activity. We want to have the cows up there, all of the animals there, the entire team up there so we can make it a better experience,” said a hopeful Sangster.

For now, the focus is on getting the word out that vulnerable animals should no longer be dropped off at their former location in St James.

“People are certain to drop off animals at areas they think we are and we just can’t have that. We want to be able to be in a situation where we have one central location where we can give all of our animals the best care and treatment and have the resources there under one roof in order for them to be happy,” said Sangster. 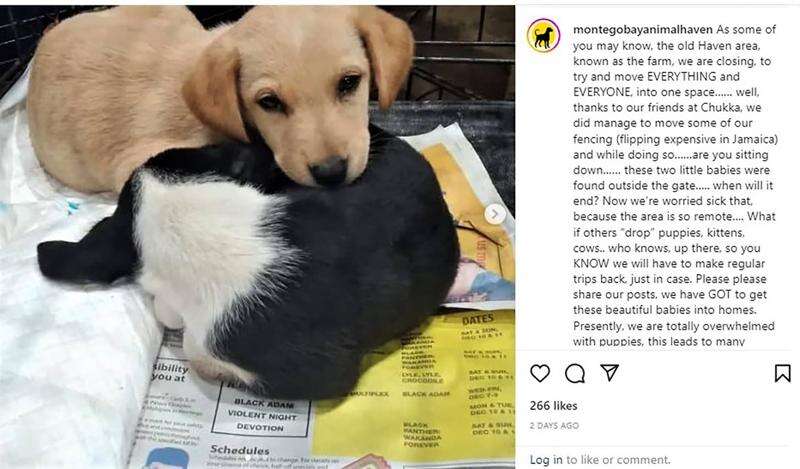 Screen grab of the Haven’s IG post about two puppies dropped off at The Farm as they prepared to leave. 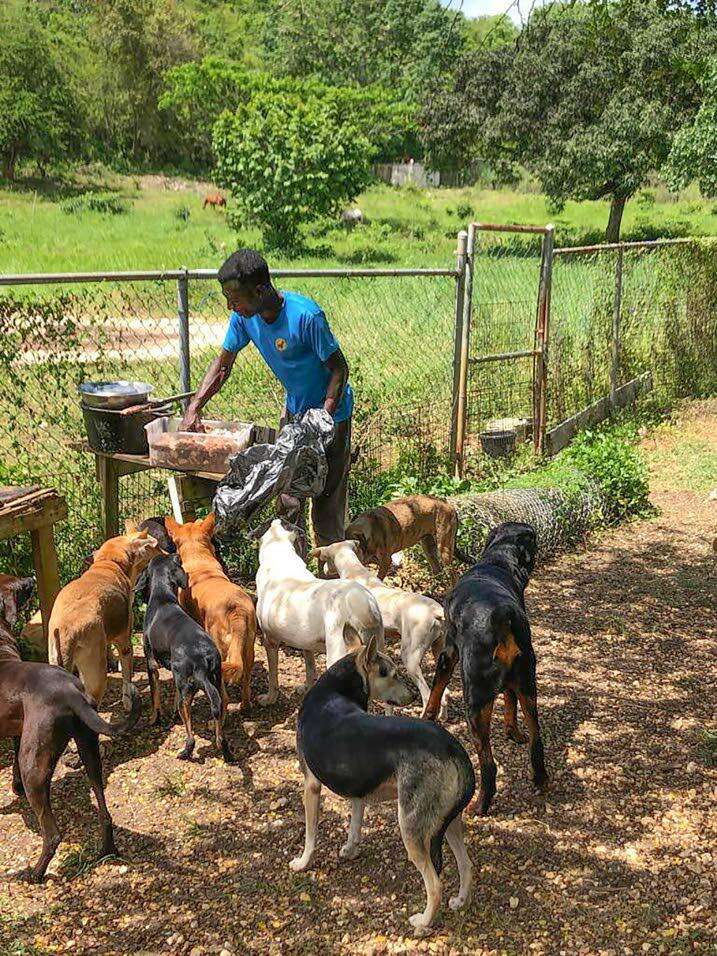 Some of the dogs that were transported to the Hanover location last Saturday.